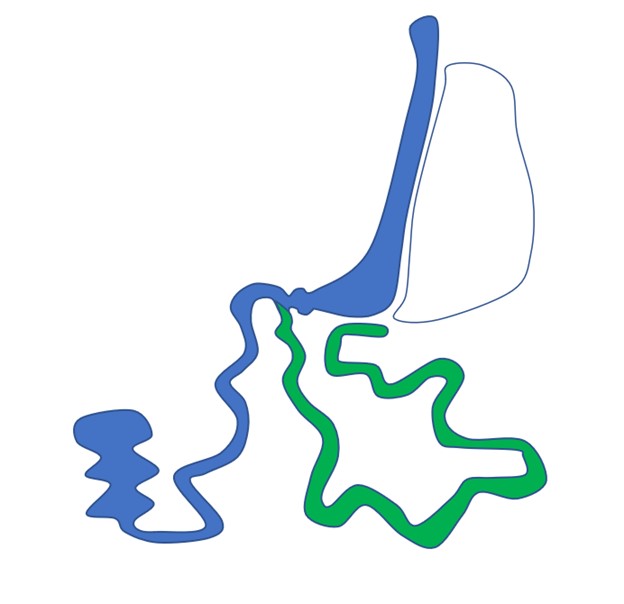 A variation of Switch surgery is the Loop Switch. It has other names such SIPS (Stomach Intestinal Pylorus Sparing) and SADI (Single Anastomosis Duondeno-Ileal bypass) all of which are referring to the same operation. We will simply call it a Loop Switch. Just as in standard Switch surgery, the stomach is sleeved. The intestine is cut just after the pylorus (valve at the end of the stomach) and a loop of the lower small bowel is connected to the stomach right after the valve. The digestive juices of the upper small intestine, instead of being plugged in down lower as in the case of standard Switch surgery, are looped back up to the stomach and joins the food right after it leaves the stomach. The common channel for food and enzymes is now the entire length of the food channel instead of just the lower part of the food channel as is the case with the standard Switch. With one less connection to make, the Loop Switch is easier to perform. The other advantage is that the common channel is now longer and therefore there is less risk for vitamin deficiency. Loop Switches tend to have fewer bowel movements as well when compared to standard Switches. The weight loss for Loop Switches will be slightly less than for standard Switches, however still better when compared to Sleeves or Gastric Bypasses.